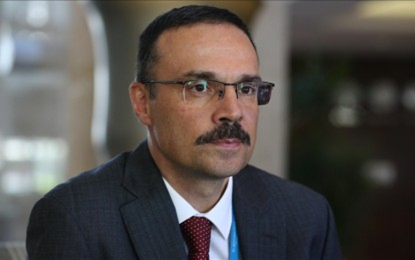 The Bangsamoro peace process in the Philippines has “come a long way,” Turkey’s ambassador to the Southeast Asian nation said.

“It is not easy to implement such a peace process. It takes hard work, time and it will continue for some more time,” Ambassador Ahmet Idem Akay told Anadolu Agency.

He, however, added: “It is difficult to predict when the process is completed.”

Turkey has been chairing the Independent Decommissioning Board (IDB) since when it was established in 2014.

The ambassador said the third phase, which involves 14,000 former combatants, was delayed until Nov. 8 due to the Covid-19 pandemic.

“It was a smooth beginning of the third phase of the decommissioning process but the main challenge has been the coronavirus pandemic,” he said.

The Turkish ambassador said the IDB aims to complete the third phase before the upcoming general elections in the Philippines set for May next year.

Turkey is also involved in the Bangsamoro peace process through the Organization of Islamic Conference and the International Contact Group.

Besides, Turkey’s Humanitarian Relief Foundation, popularly known as the IHH, is part of the Third-Party Monitoring Team on the Bangsamoro peace process.

“It is a delicate task,” he added.

A total of 40,000 former combatants were agreed to be decommissioned in four phases.

“The first two phases have been completed while the third phase involves 14,000, and the same number will be decommissioned in the fourth phase,” the envoy added.

But negotiations resulted in a three-year transitional government under Ebrahim as chief minister until 2022.

The two sides agreed to allow the transitional government to take control of regional governance and run affairs until 2022, when elections were agreed to be held.

However, the elections have now been pushed back to 2025 under a popular law signed by the nation’s president, extending the transitional government’s term three more years.

The law, signed by Rodrigo Duterte last month after a parliamentary approval, moves the date of the BARMM parliamentary and regional elections to May 2025.

The majority-Muslim region’s first elections after an interim government was formed in February 2019 with Murad Ebrahim as chief minister had been scheduled for next year.

But public demand in the region, which gained autonomy in 2019, led to the elections being pushed back to 2025.

Bangsamoro is a region of nearly 5 million people who are ethnic Moros and mostly Muslims. It has five provinces and three cities, including a capital. (With story from Anadolu)