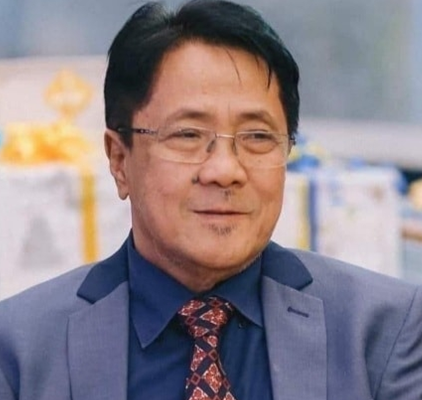 The Management and Staff of the Philippine Muslim Today would like to announce that a legal luminary is now an additional fountain of words of wisdom and a judicial point of view after a retired Member of the Bench decided to join our set of dignified columnists who are among the cream of the crop.

Hence, at this juncture, may we introduce to you the great son of Masiu, Lanao del Sur. He is no other than the Honorable JUDGE PANAMBULAN “BING” MIMBISA, a Retired Presiding Judge, Regional Trial Court, Branch 37, General Santos City.

Judge Bing Mimbisa has a wealth of experiences academically and with varied work experiences. He was a Full Scholar being a Consistent Honor Student. He studied at the Mindanao State University and later on took up his Bachelor of Science in Business Administration (BSBA) as a Dean‘s Lister at the University of Manila.

He was also known as the Most Exalted Betan being a member of the Beta Sigma Phi. He became also Editor-in-Chief of The Betan News aside from being the Best Debater.

In 1975 he took up his Bachelor of Laws from the University of Manila and later passed the Bar Examination administered by the Supreme Court of the Philippines in succeeding years.

He also took up the Career Foreign Service Development Program jointly administered by the Development Academy of the Philippines (DAP) and the Department of Foreign Affairs (DFA) in Tagaytay City.

He was also the Administrative Officer, Philippine Pilgrimage Authority; as well as Director, Plans and Policy Service of the Office on Muslim Affairs and Cultural Communities (OMACC).

Then he became Director, National Capital Region of the Office on Muslim Affairs (OMA). Prior to becoming Member of the Bench, Bing Mimbisa was a Board Member of the Land Transportation Franchising and Regulatory Board (LTFRB).

Our new Columnist who will be writing a Weekly Column for the Philippine Muslim Today “THE OUTSIDE VIEW” is happily married to the former Ms. Evangeline Oquindo Mimbisa. (JIJ)