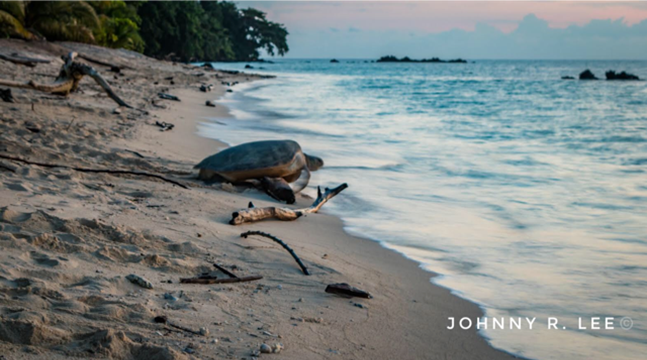 There is more to the tiny group of islands known as Turtle Islands in Tawi-Tawi that is found in the southwestern tip of this country. Located within the Sulu Sea, it is at the edge of the international treaty limits separating the Philippines and Malaysia.

Consists of nine (9) major islands of various shapes and sizes, six of it belongs to the Philippines and three to Malaysia. On May 31, 1996 a Memorandum of Agreement (MOA) between the Republic of the Philippines and the Government of Malaysia was signed declaring Turtle Islands as Turtle Islands Heritage Protected Area (TIHPA), the first trans-boundary protected area on sea turtles in the world aiming for the conservation and protection of the area.

The only major nesting habitat of Green sea turtles (Chelonia mydas) in the Philippines and the only major nesting ground in the whole ASEAN Region and the 11th major nesting site in the world!  It was proclaimed as Wildlife Sanctuary under Proclamation No. 171 on August 26, 1999 and identified as Extremely High (EH) for biodiversity conservation.

Per this writer’s personal experiences, as part of the 2017 Multi-Agencies ‘Task Force Protect Turtle Islands Wild Sanctuary’ representing the media sector, it can be said that the islands are extra-ordinarily unique in terms of biodiversity, socio-economic practices, and traditional way of life.

With an aggregate land area of 241,000 hectares, except for the main island of Taganak, the rest are sparsely inhabited and has retained it pristine environment like white sandy beaches, vibrant coral habitats and unpolluted seawaters. Unlike its Malaysian counterparts, which is fully-developed in terms of tourist destinations, the six Philippine islands have yet to be developed to lure both local and international tourists to boost its economic potentials as tourism come-ons. Although development must come with a caveat: strict supervision and restricted visitation to protected areas where the turtles nest their eggs.

The population is consists mostly of Jama Mapuns, Sama Badjaos, and Taosugs. This writer learned from the inhabitants that they tuned in to Malaysian Television stations for their news and media entertainments. In fact majority is using Malaysian ‘SIM Cards’ for their cell phones as means of communication. It was also noted that the outlaying islands, away from Taganak where the seat of Municipal Government is located, are using Malaysian Ringgit as medium of exchange. The Malaysian influences are so strong by virtue of its proximity (40 kilometers) to Sandakan – a flourishing business center in the state of Sabah, Malaysia.   JOHNNY R. LEE